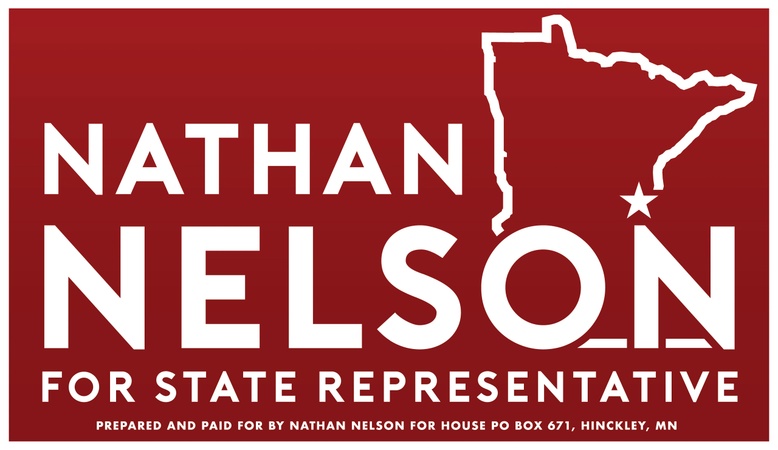 Nathan Nelson grew up on a dairy farm east of Hinckley. In 2018, he and his wife Suzanna chose to expand their herd of angus beef cattle, and to sell the dairy cows. They are the third generation to own and operate their farm.

Nathan has been involved in his community; he is active in his church and he served on his township board for 9 years. Nathan is also a passionate voice for agriculture. He has served on numerous agriculture boards and committees including Farm Bureau as well as the county 4-H.  In 2015 Nathan & Suzanna were voted Pine County’s “Farm Family of the Year”.  He is also involved with Speak For Yourself, through it he has told his story of farming to Lions Clubs, Rotaries, and high schools throughout the region.  Nathan was a member of Minnesota Agriculture and Rural Leadership (MARL) Class 8. This is a two-year leadership course through a partnership with the University of Minnesota Extension and Southwest Minnesota State University.

He has served as your State Representative for the last year and has worked for you in keeping and preserving our heritage and values that are important for our area.

In his spare time, Nathan enjoys spending time with his family, hunting, fishing and making maple syrup.  He loves giving back to the area that he grew up in to create a strong community for future generations.

Your support and contributions will enable us to meet our goals.

Prepared and paid for by Nathan Nelson for House PO Box 671 Hinckley, MN 55037